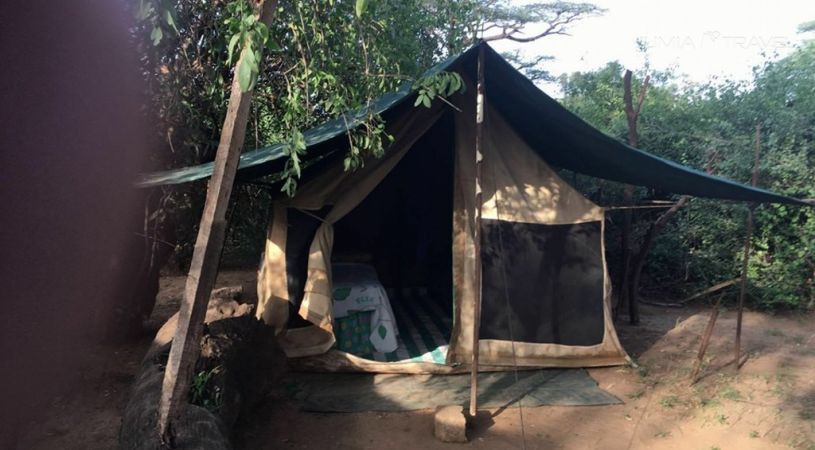 Samburu game Lodge is set in 10 acres of pristine riverine forest on the western bank of
the Uaso Nyiro River within the Samburu National Reserve in northern Kenya at an altitude of 857 meters above sea level.

The Samburu National Reserve, conjoined with the smaller but no less attractive Buffalo Springs Reserve, lies a mere 320 kilometres from Nairobi.
This is true wilderness, and home to varieties of animals and birds rarely seen in other parts of the country. Here are to be found the Beisa Oryx, Gerenuk, Grevy’s zebra, the Reticulated giraffe and Blue Shanked Somali ostrich.

The sun baked landscape is breathtaking with surrounding mountains shimmering on the horizon as temperatures rise. To the west, the sheer sided slopes of majestic Ol Olokwe Mountain form a perfect back drop to any photograph.

Cleaving the two reserves, the Uaso Nyiro River (Brown river in the local language) winds through a mature stands of Newtonia and Sycamore Fig trees, Acacia, and Doum Palms: one of the few branching palms to be found anywhere in the world.
Large herds of elephant are seen along the river’s banks which are much favoured by crocodiles and there are sightings of lion, cheetah, leopard and much else besides.
Bird life abounds, a seeming anomaly given the harsh climate, but then nature in the wild is always full of delightful surprises